Is Frozen Disney’s queerest movie yet? Or is it a story of Christian Virtue?

Pat Robertson was right. As goes Spongebob, so goes the nation. The much-feared “gay agenda” has established itself in our children’s culture. Even Disney, the franchise that has long trained little girls to view heterosexual marriage as life’s ultimate prize, has gotten in on the act.  Many of the recent kids’ movies put out by Disney, or the affiliated companies of Pixar and Dreamworks, relate stories of individual development that map easily on to coming-out narratives. Happy Feet, How to Train Your Dragon, even Kung Fu Panda all chronicle the adventures of boys who just don’t measure up to their father’s expectations. They have singular passions—a love of dancing, of dragon-taming, of the martial arts—that prevent them from following the path the patriarchs tell them they must take. In these  stories, heroes are led by what they love—even if that love falls outside what’s expected.

Princess movies, to the chagrin of feminist moms everywhere, have been the last holdouts, largely adhering to the traditional investment in marriage as a girl’s ultimate happy ending. This generation’s crop of princesses may be more active and rebellious than their predecessors, but Ariel, Jasmine and Tiana all find resolution through heterosexual love. To be fair, two of Disney’s latest princess movies have broken the mold of the fairy-tale marriage. Merida, Brave’s bow-wielding, happily-single heroine, generated a storm of discussion. Did her marriage-avoidant stance mean that she was a lesbian?

Frozen, as critics have already noted, has gay-friendly themes visible from a mile away. The story revolves around Queen Elsa who is closeted away because of her power to create supernaturally beautiful (and sometimes dangerous) ice-sculptures. Once she decides to accept her powers, the transformation is remarkable. She creates a shimmering, beautifully appointed ice palace, replete with crystal chandeliers. Notably, once she accepts her true self, her wardrobe ratchets up from dour librarian to drag-queen fabulous.

For all the handwringing of Robertson and his ilk over the “gay agenda’s” ability to destroy American culture, the gay-friendly bildungrsoman showcased in children’s films works quite well alongside the prosperity gospel that underlies much of America’s religious and political promises: We all deserve to have what we want. From Oprah’s secular exhortations that we need only discover our heart’s desire to achieve wild success, to Joel Olsteen’s promise that Jesus wants you to Live Your Best Life Now (in Seven Steps, no less!) messages of self-realization find fertile ground among those of us who grew up cheering on Disney heroes who believed in themselves.

Undoubtedly, this particularly American gospel of self-actualization has been a powerful source for good. The belief that every individual has the right to determine their own life’s course has been a key foundation to Civil Rights advances for people of color, for women and for the LGBTQ community.

But the flipside of that individualistic optimism often means condemnation of those who face obstacles that refuse to dissolve no matter what dreams they dream. In our consumer society, having what we want often translates into accumulating wealth. Rand Paul, an adherent to Ayn Rand’s full-throated gospel of self-interest, has argued that cutting off unemployment insurance to over one million people is doing them a service.  By taking away outside support, his argument runs, these lost souls can get off the couch and follow their dreams. In a world where desire is the key to achieving life’s bounty, those who lose simply don’t want to win bad enough. If God wants us all to live our best lives, being poor is a sin requiring repentance. 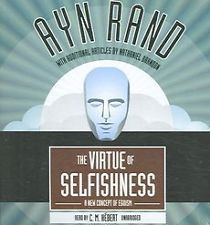 As the gap between rich and poor continues to widen, the dream of individual success needs to be questioned by all of us who don’t fit this fairy-tale narrative. As more and more Americans find themselves unable to embody this story of success, it’s time to think about other stories–alternative, queer, unusual stories that offer radically different ideas about success and happiness. We need stories that find a place for the losers, the outsiders, the queer ducks who don’t fit in. As J. Halberstam writes in The Queer Art of Failure, under “certain circumstances, failing, losing, forgetting, unmaking, undoing, unbecoming and not knowing” may offer “more creative, more cooperative,” and more satisfying ways of being in the world.  Queerness in this context certainly includes the possibility of same-sex desire, love and marriage, but it also wants to celebrate forms of love that cannot be easily contained in any marriage plot.

It’s in this respect that Frozen is Disney’s queerest film to date. It doesn’t just challenge the fairy-tale marriage plot; it also queers the American mantra of following individual passion to overcome all obstacles. The film tells the story of two sisters whose desires lead them astray, who both endure  loss and sacrifice. Queen Elsa spends her youth isolated by a power she doesn’t know how to control, and Princess Anna spends her early years desperate to reconnect with the sister who rejects her.

Like the protagonist of virtually every popular children’s movie this generation, Anna trusts her own judgment in spite of naysayers. She just knows she can talk her sister out of this destructive cycle. She knows her sister won’t hurt her. Wrong on both counts. Her sister’s icy powers strike her through the heart, sending her into a decline that nothing short of “an act of true love” can reverse. Two hunky men—a secretly scheming prince and an outdoorsman with a heart of gold (Disney’s first male lead to be voiced by openly gay actor) are offered as possibilities, but neither of them serve. The love between a prince and a princess just isn’t going to cut it.

True love, Anna tells us, means putting someone else’s needs before your own. That she fulfills this dictate by sacrificing her own life to save her fallen sister evokes another definition of love, found in the very Bible that is cast as the antidote to queer culture. For even  the most secular of viewers (like me!), there are unmistakable parallels between Anna’s story and the story of Christ’s passion: an act of self-sacrifice enacts true love, bringing redemption and rebirth for an entire kingdom. “There is no greater love,” said Jesus—that impoverished, unemployed, executed enemy of the state—than “to lay down one’s life for one’s friends.” It is only through Anna’s act of radical love—her empathy for someone who might not even deserve it—that the curse of endless winter is reversed.

Of course, the movie does provide a happy ending in which Anna gets both the love of a dreamy man and her sister. But that happy ending doesn’t come about because of belief in a dream, or through a triumph over an outside evil. Rather, the evil in this movie comes from the isolation that relentless personal improvement requires. Whether it’s the unscrupulous prince who fakes romance to gain a crown, the petty trade partner who wants to mine tragedy for profit, or the confused Elsa whose upgrade in wardrobe came at the expense of the village below, Frozen’s dangers all come from following one’s own dream without looking up to see what it might cost others.

The act of true love in Frozen is an act of sisterly solidarity, and in that respect it queers the conservative Christian message that all social good is anchored in heterosexual marriage. It also is an act of self-sacrifice that queers the capitalist message—embraced by the secular and the religious alike—that life’s greatest good comes from getting ahead.

At a moment when Christian rhetoric has become so toxic that it can seem  pointless for LGBTQ allies to engage religious doctrine of any kind, Frozen’s campy, moving tale of sisterly love and radical sacrifice evokes a queer message at the center of the very Gospels used to deny and condemn unwieldy love.

As we close out 2013 with a hit princess movie that depicts love as an act of radical giving between sisters, and a Pope who renounces greed and gay-bashing, there’s hope that  2014 might be a very queer year indeed.